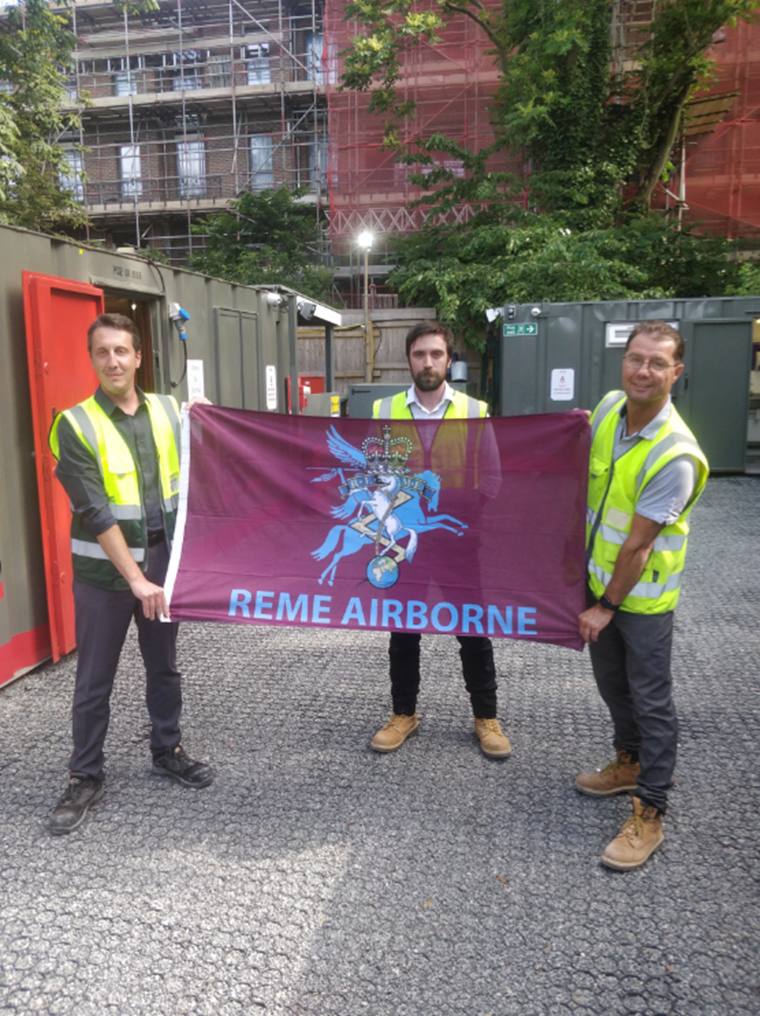 As part of our commitment and support for the Armed Forces we are celebrating Armed Forces Week. As an organisation we value and recognize the contribution serving personnel, veterans and their families give to the business and the country.

Higgins has signed the Armed Forces Covenant which represents a promise by the nation that those who serve or have served, and their families, are treated fairly and not disadvantaged in day to day life. It is a national responsibility involving government, businesses, local authorities, charities and the public.

At the end of 2019, Higgins was also awarded the bronze award in The Defence Employer Recognition Scheme, which encourages employers to support the armed forces community and inspire others to do the same as well as align with the covenant.

Steve Leakey, Managing Director comments, “We are proud to be supporting Armed Forces Week 2020. We recognise that both reservists and veterans have a wealth of transferable skills which are extremely valuable to the construction industry and we work with a number of organisations including Building Heroes, VETS (Veteran Employment Transition Support) and The Career Transition Partnership to actively promote and encourage those leaving the Armed Forces or serving as Reservists to consider a career in the construction industry.”

Former mechanic attached to the Parachute Regiment, Chris joined Higgins as a trainee site manager in September 2019, following six years in the Armed Forces. He enlisted in the army at 19 and was based at Merville Barracks in Colchester.

Chris comments, “During my time in the forces I was able to gain a whole host of skills from technical to personal. The training was intense including various parachute insertions and combat training exercises in Kenya and Germany. After six years, I decided it was time to consider my future options and return to Civvy street.

“The army connected me with a number of charities, training agencies and networking events to help find employment and work out what to do next. Inspired by a number of family members who have forged successful careers in the construction industry, I decided to see if I could transfer my existing skills and enter the sector.

“I took the initiative and signed myself up to a five-week Building Heroes programme and left with a Level 1 qualification in Construction Maintenance, a taster of the industry, and my CSCS card. As a result of the programme I received a number of job offers and decided to join Higgins due to its strong reputation and investment in developing and progressing its people.

“Higgins has provided me with mentoring and support which has made the transition really smooth for me. The site team at Woolwich Reach has also taken the time to show me the ropes, and have helped by explaining construction terminology, which I found really differs from the military lingo. I’ve already undertaken a number of training courses, and I am really confident that I will continue to progress my career here.”

Chris concludes, “I would really recommend the industry and strongly encourage others to consider a career in construction. No two days are the same and you find it really rewarding seeing your project evolve each week. It’s great to know you have contributed to the end project. Once you have decided on this route, fully commit, keep standards high and be open minded and willing to learn.”